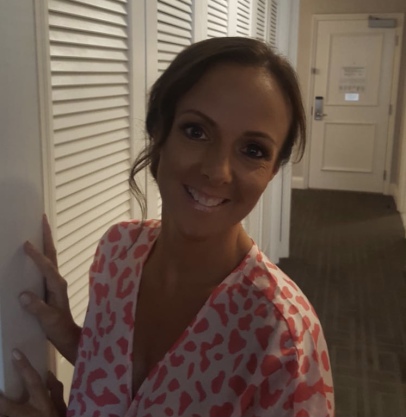 Miss Tracy has danced since the age of 2 and predominately trained under ISTD Examiner Hilary Hall.

Having done numerous shows, pantos and performances Tracys passion for teaching always shone through. In 2012 the opportunity to start Surrey Dance Academy came and the rest is History

Tracy holds her ISTD Associates and teaches Imperial Classical Ballet, Tap, Modern and Jazz. Alongside this she is a private tutor for RAD ballet and a Senior dancer specialist trainer

From the age of 4, Carly trained with both the Royal Academy of Dance and International Dance Teachers Association where she gained examinations up to an advanced level. Until the age of 16 she performed in local amateur and semi professional dance shows and pantomimes; before joining a UK dance company where she took the opportunity to pursue her love of the stage, performing in shows such as CATS and A Chorus Line.

In 2007, Carly moved to Guildford to further her career in dance. She was offered a place at the University of Surrey where she excelled in ballet, performing exerts from La Bayadere, Raymonda and Swan Lake.

In 2011, Carly completed a Level 4 Diploma in Dance Teaching in Classical Ballet with the British Ballet Organization, and shortly after, graduated with a BA (Hons) in Dance and Culture. Following her successful placement as part of her degree, in 2012 Carly was employed by the British Ballet Organization in the permanent role of Office Administrator. With particular emphasis on the Teaching Qualifications, Carly’s role sits primarily within the education department.

Jessica started dancing at 3 years old in all aspects of dance and continued her training at 16 when she started a 3 year musical theatre course at Performers College in Essex. Whilst at college, she had the privilege of performing for Prince Charles 60th birthday, for a comedy TV performance at the Wimbledon Theatre, working with the likes of John Cleese, Michael McIntyre, and Robin Williams. Since graduating in 2010, she has been travelling the world on cruise ships. Her first ship was on the Thomson Spirit and then after was thrilled to be performing as a dancer on P&O Australia, and feels very lucky to have seen such a beautiful part of the world. She has also had contracts with princess cruises.

Jess has also had the opportunity of being Lead Irish dancer with Spirit of the Dance and has had to opportunity to tour with the company round China, Dubai, Israel, Holland and many more.

She is so happy to be now a teacher for SDA and looking forward for the future with this wonderful school.